The module Connecting students to citizen science and organized collections.

Biodiversity collections are one way to solve this training conundrum, say Brad Ruhfel, head of vascular plant collections at the University of Michigan, Anna Monfils at Central Michigan University and colleagues.

Biodiversity collections operate at the junction of fundamental biological practice and contemporary data science, a product of their role as curators not only of the specimens themselves, but also of the data associated with the specimens and of the resource network. of data – called an “extended specimen” – say the researchers.

Ruhfel and colleagues describe a module that takes advantage of this characteristic of biodiversity collections to produce a holistic learning experience for students. The module “Connecting Students to Citizen Science and Organized Collections” was designed by the authors with six learning objectives in mind, ranging from collecting plant specimens in the field to repository of data in databases. national or international.

“It was an opportunity to think collectively, to build a project with other people from different universities,” said Ruhfel, UM assistant researcher in ecology and evolutionary biology. “Six of us got together and really thought about this tool; we all exchanged ideas about each other and built a community of practice to create a project that would be widely applicable. 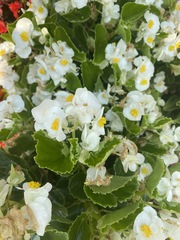 Students also learned the value of large datasets and the role of community members’ contributions to them. The module was implemented and evaluated in 10 courses at four universities, with 148 undergraduate and graduate students included in the data analysis.

Students maintained specimen collection notebooks, used appropriate field collection techniques to identify and archive specimens, and were able to prepare and deposit quality herbarium specimens into a physical collection, as well as deposit data from specimens associated in national or international databases.

“It’s great to visit our project website and see over 7,900 student observations,” Ruhfel said. “Before, they would pick up their pile of specimens and they would just stay in your closet and maybe end up going into the museum. No one would really know. Now these students are actually producing data that the world is going to use. “

A post-module assessment showed that students “felt well prepared, very well prepared, or fully prepared to use foundational and emerging plant collecting skills, including keeping a field notebook (89%), collecting specimens in the field (94%) and depositing specimens (89%) and digital data (92%) in national and international data repositories. “

Ruhfel and colleagues say the findings underscore the value of teaching biology that unites fundamental skills and knowledge with keen sense of data in a context that is both authentic and reflective of current scientific practice. The study is published in BioScience, by Oxford Journals, a journal of the American Institute of Biological Sciences.

“As scientists and educators, we must embrace the changing landscape of biodiversity science and leverage the foundational skills that collections have developed over centuries to help engage, inspire and build the next generation of scientists,” said declared Ruhfel.