A decade later, two sectors – business and professional services, and education and health services – both outnumber government and manufacturing jobs. 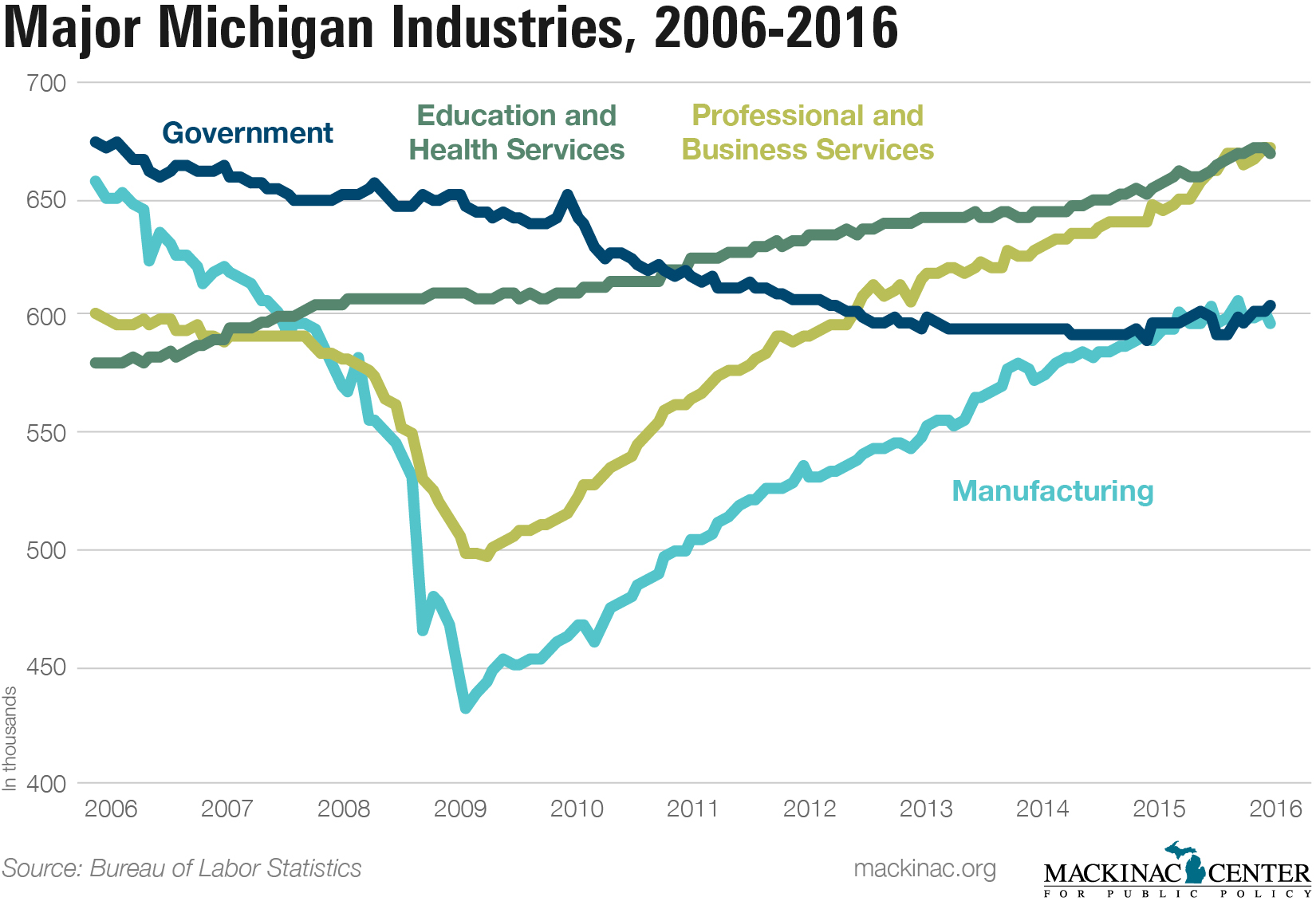 In November 2016, business and professional services led all sectors with 671,400 jobs, followed by education and health services with 667,900 jobs. The government sector is down to 606,300 jobs, while manufacturing is the lowest of the four major sectors with 596,600 jobs.

â€œMichigan’s economy has changed a lot over the past 15 years,â€ said James Hohman, deputy director of tax policy for the Mackinac Center for Public Policy. â€œPeople are now more likely to collect their paychecks in higher paying service industries than in manufacturing. “

The biggest success in manufacturing came during the 2008 recession, when auto companies began to cut jobs and the US government bailed out General Motors and Chrysler. In June 2009, manufacturing jobs fell to 432,900, the lowest point since 2006. Business and professional services were also hit during the recession, but this sector has since overtaken all others in the state. The total number of non-farm jobs in Michigan stood at 4,369,600 jobs in 2006, down to 4,359,500 jobs in November 2016.

“This is a positive trend, with a decline in government employment and an increase in private sector employment,” said Gary Wolfram, adjunct researcher at the Mackinac Center for Public Policy and professor of economics at the Hillsdale College. â€œEmployment in the manufacturing sector is likely to stabilize even if output increases, as capital has replaced labor in the unionized sector. “