I am a long time resident of Fenton Township and also a 1992 graduate of Linden High School. I served four years in the United States Navy and graduated with honors from Eastern Michigan University in 1999. I then graduated from the police academy and started my career as a deputy sheriff, serving nearly 19 years before being elected to the House of Representatives.

TELL US WHY YOU APPLY?

My life has been dedicated to public service. I believe I have the appropriate life experience to do this job and now have four years of experience in the legislature navigating through the process to become an effective asset to our community. As a former police officer, I see all sides of an issue and stay focused on creating effective and meaningful change for the district I represent. Also, being a small business owner and farmer, I have first hand experience of government bureaucracy and now what it takes to support the growth of this community. 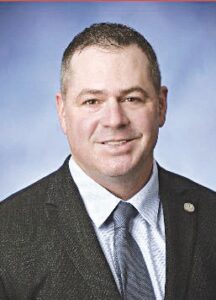 WHY ARE YOU APPLYING FOR AN OFFICE?

I decided to run when I realized that those representing me seemed to continue to ignore the needs of the American people. I felt like I could no longer sit idly by while this was happening, I felt like I had to run to get our state back on the path to success and prosperity. 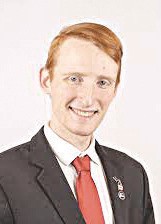 We must ensure that we have free, fair and safe elections. I will push for legislation that requires you to show photo ID to vote, you must verify signatures when counting mail-in ballots, eliminate universal mail-in voting and cleanup requirements poll books. I want to expand parents’ access to school choice and believe they should have a greater role in what is taught in our curriculum and I will push for legislation that will ban both critical theory of race and gender studies in elementary school.

I will also fight for medical freedom and push back against vaccines or mask mandates. I have promised all my constituents that I will not take money from the establishment PACS or special interest groups and that I will always listen and personally address any concerns they may have. if they were elected. 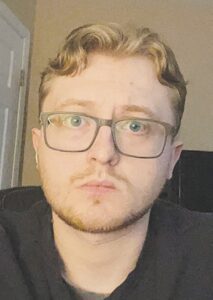 (Editor’s note: A third candidate in the August 2 Republican primary is Brandy Bush. She did not respond to our emails or attempted phone calls for a response to our questionnaire.)

WHY ARE YOU APPLYING FOR AN OFFICE?

I am running for office because I am disappointed with the path our country is currently taking. The American dream has become an American nightmare for many people. The rent is exorbitant. Food prices have doubled. Real estate prices have made it impossible for many to become homeowners. Wages are still stagnant.

Our country is more divided than it has ever been. It seems that people offering solutions to political problems are showing up less and less. I would like to break dogma and bring back good governance. We need to end the culture wars. Solving real problems with innovative solutions to inflation, our crumbling infrastructure, and access to affordable housing, health care, and education must be the priority. I believe in ending corporate handouts, reducing unnecessary regulations, and growing small local businesses rather than the large multinationals that hurt the Midwest after NAFTA.

I will also defend your inalienable rights, whether to keep and bear arms, or your bodily autonomy and access to birth control and abortion, with the same fervor. The choices are up to you, not the state government.

I know we can do better together, and I want to do my part and be the solution, not the problem.

(Editor’s note: Crevier’s opponent in the August 2 Democratic primary is Stacy Taylor. She did not respond to our emails or attempted phone calls for a response to our questionnaire.)